Affected by the recent “Hummingbird” update?  I’ve collected some great material on Google’s latest algorithm change.  Clients of mine will be largely unaffected, but I’m keeping my eye on the big “G” as they shift focus from link popularity to social signals, conversational search and great on-page SEO.

Why is it called Hummingbird?

Google told us the name come from being “precise and fast.”

When did Hummingbird start? Today?

Google started using Hummingbird about a month ago, it said. Google only announced the change today.

What does it mean that Hummingbird is now being used?

Think of a car built in the 1950s. It might have a great engine, but it might also be an engine that lacks things like fuel injection or be unable to use unleaded fuel. When Google switched to Hummingbird, it’s as if it dropped the old engine out of a car and put in a new one. It also did this so quickly that no one really noticed the switch.

When’s the last time Google replaced its algorithm this way?

Google struggled to recall when any type of major change like this last happened. In 2010, the “Caffeine Update” was a huge change. But that was also a change mostly meant to help Google better gather information (indexing) rather than sorting through the information. Google search chief Amit Singhal told me that perhaps 2001, when he first joined the company, was the last time the algorithm was so dramatically rewritten.

What about all these Penguin, Panda and other “updates” — haven’t those been changes to the algorithm?

Panda, Penguin and other updates were changes to parts of the old algorithm, but not an entire replacement of the whole. Think of it again like an engine. Those things were as if the engine received a new oil filter or had an improved pump put in. Hummingbird is a brand new engine, though it continues to use some of the same parts of the old, like Penguin and Panda

Yes. And no. Some of the parts are perfectly good, so there was no reason to toss them out. Other parts are constantly being replaced. In general, Hummingbird — Google says — is a new engine built on both existing and new parts, organized in a way to especially serve the search demands of today, rather than one created for the needs of ten years ago, with the technologies back then.

What type of “new” search activity does Hummingbird help?

“Conversational search” is one of the biggest examples Google gave. People, when speaking searches, may find it more useful to have a conversation.

“What’s the closest place to buy the iPhone 5s to my home?” A traditional search engine might focus on finding matches for words — finding a page that says “buy” and “iPhone 5s,” for example.

Hummingbird should better focus on the meaning behind the words. It may better understand the actual location of your home, if you’ve shared that with Google. It might understand that “place” means you want a brick-and-mortar store. It might get that “iPhone 5s” is a particular type of electronic device carried by certain stores. Knowing all these meanings may help Google go beyond just finding pages with matching words.

Hummingbird now has a knowledge graph

The knowledge graph is yet another example of how Google is transitioning from a keyword search engine to an answer engine. Google takes information about your brand from Wikipedia and your Google + account to give users a quick snapshot of your company or person. Here are Wikipedia editing guide lines. http://en.wikipedia.org/wiki/Help:Editing For individuals, keeping your Google + account up to date is imperative. 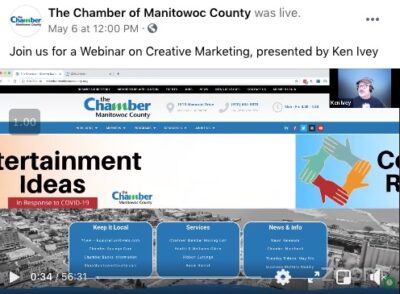 I hosted a Chamber webinar

It was called “Creative Marketing – Doing Business in a Socially-Distanced World”.

When I say slow, what comes to mind for you?

Driving in Chicago’s rush-hour traffic?  Yeah, done that quite a few times in my youth and try very hard to avoid it now.

Is it time for a change?

Our most important metric Is client results. 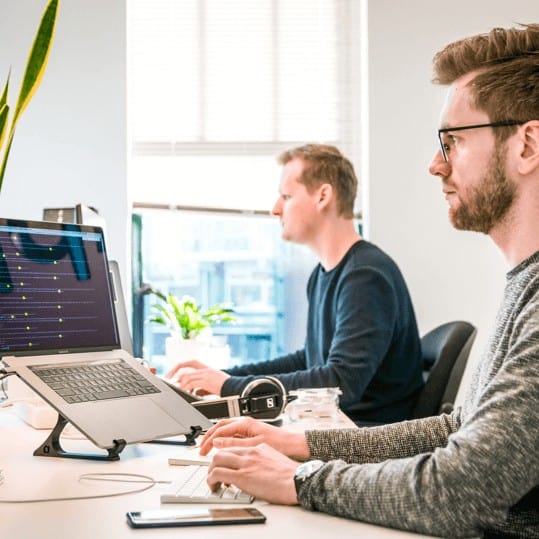